Nvidia could not miss with its version of the Geforce GTX 1660 Ti. This new card offers excellent performance for every player thanks to an excellent starting price base. It starts with  very interesting figures, starting from $299.

Taking a cue from the new Nvidia cards, the 20XX series, the new GTX 1660 Ti is based on the Turing architecture, and takes advantage of all the news by offering about twice the TOPS compared to the previous generation, the “old” 10XX series. The new GTX 1660 Ti supports simultaneous operations in both floating and integer terms, which means it offers excellent performance thanks to adaptive shading technology.

The relationship between performance and consumption is surprising because, compared to the Pascal series, the Turing architecture provides a greater speed of image creation, the 1.5x of instructions for each clock, remaining up to 1.4 times less energetic than the previous generation.

The new GeForce GTX 1660 Ti exceeds the GPU performance of the previous generation and excels in modern games featuring new complex shaders. It is up to 1.5 times faster than the GeForce GTX 1060 6GB and allows players to reach 120 frames per second with 1080p resolution in the most popular online games such as Fortnite, PUBG and Apex Legends.

Currently, players still use obsolete graphics cards, such as the GTX 960 that came out in 2014. They will be pleased that eventually, with this upgrade, will enjoy up to 3 times higher performance, to rejuvenate their gaming PC. 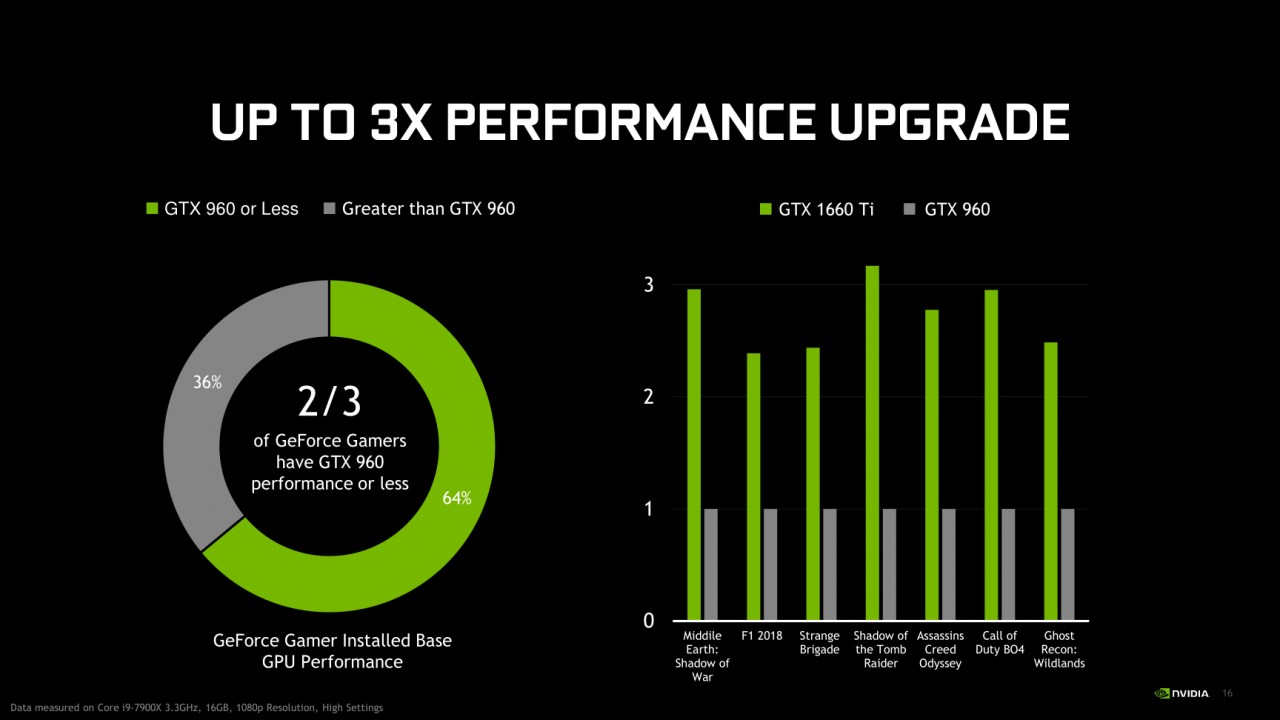 The GTX 1660 Ti is also supported by GeForce Experience, an application that makes PC games more accessible and provides unique and easy-to-use gaming features, such as …

Prices start at $299 and vary based on partner design, features and geographic areas.