2020 was a special year, but it will also be remembered as the year of launching the new generation consoles that will keep us glued to the TVs (maybe 4K) for the next few years to come. We are talking about the PlayStation 5, much-discussed and talk in recent months and its rival Xbox X Series.

These two next-gen consoles represent the best the console landscape has to offer today. They are quite similar from a hardware point of view but different in terms of design, exclusives, and the companies’ philosophy that launched them (Sony and Microsoft, respectively).

This article will not be possible to decide which of these two consoles is the best, but we will deepen all the differences to understand which is the best for you.

In the arena, the PlayStation 5 and the Xbox Series X console will go down and are offered to the market at the same price. We have chosen to overlook the two cheaper variants because they are less comparable. However, you can learn more about PlayStation 5 Digital and Xbox Series S in the articles we compared with the more expensive variants. 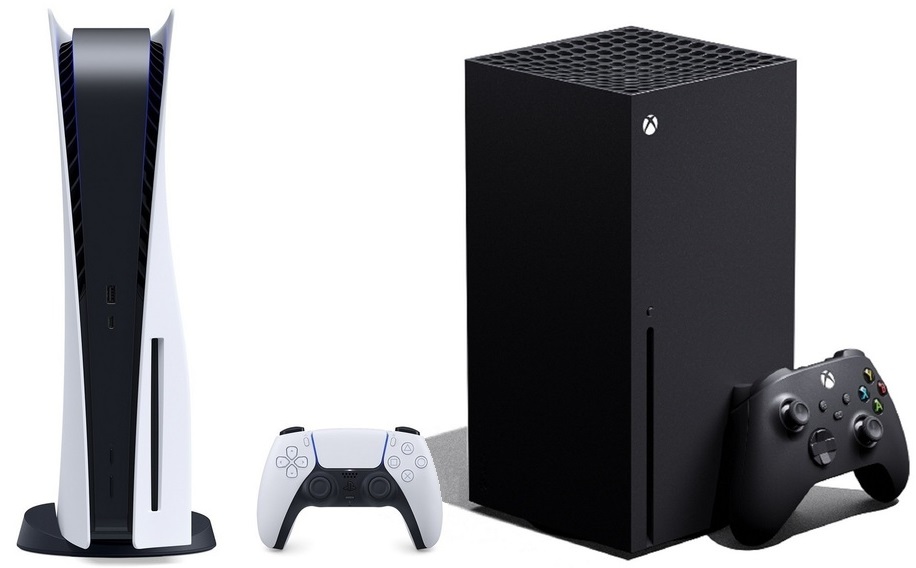 The hardware is important because that’s what the developers will then use to create the titles and experiences that will keep us entertained in the coming years.

Sony’s new console features a third-generation custom AMD Ryzen chipset with 8 cores embedded in the new Zen 2 architecture and Navi GPU (not fully RDNA 2). The CPU has a speed of 3.5 GHz, and the graphics processor offers 36 computational units at 2.23 GHz with a power of 10.28 TFLOPS. These hardware components add a 16 GB GDDR6 memory with a bandwidth of 448 GB / s.

This hardware architecture can support ray tracing, a lighting model of great impact for visual rendering, reserved for top-of-the-range graphics cards. For better performance, in the PlayStation 5 console, ray tracing will be handled at the hardware level. It is not the only technique to manage light (see the presentation of the Unreal Engine 5 on PS5).
The PS5 can reach an 8K resolution (albeit sporadic cases) and supports a refresh rate of up to 120Hz (paired with a TV or monitor suitable for that refresh rate). Storage is entrusted to a fast 1 TB SSD with 825 GB of available space.

One of the important innovations of the PS5 is the next generation controller, the DualSense. The new joypad replaces the vibration of the previous controllers with haptic feedback, all of which, if well implemented, allows you to reproduce the sensations and physics of what happens on the screen.

In addition to keeping the headphone jack also present in the old DualShock, the new pad also has an integrated microphone to communicate more easily via chat with other players. The old controller is also compatible with the new Sony console but can only be used for previous games (PS4 console).

Now let’s go through the Xbox Series X hardware. This is equipped with a processor and a GPU, always customized and produced by AMD, based on Zen 2 and RDNA 2 architecture.

The processor is a custom AMD Zen 2 with eight cores and 16 threads. The Xbox Series X GPU boasts a power of 12 teraflops with 3,328 shaders allocated across 52 computational units, operates at a locked frequency of 1.825 GHz and has native ray tracing support. All this is accompanied by 16 GB of RAM, 10 GB with 560GB / s bandwidth, 6 GB at 336 GB / s.

In this case, the storage space is also entrusted to a fast 1 TB SSD with 800 GB of available space. This console also supports resolution up to 8K and up to 120 fps. The new Xbox Pad is less different from the previous one than the PS5 one. The console maintains full compatibility with the accessories of the previous generation (Xbox One X / S) and the backward compatibility of the titles designed for Series X.

The consoles stand out for their design and size: the PS5 has a bolder appearance but is much bulkier than the competitor. The Xbox is smaller in size but perhaps a little nondescript. But this is an area where everyone has their own personal taste.

As we said, the hardware differences between the two consoles are very few:

If in the last paragraph dedicated to the technical specifications, it was difficult to find great differences. The discourse on exclusives and services, on the other hand, is very different.

The services and exclusives of PlayStation 5 and Xbox Series S.
Let’s move on to the exclusives. Here, to date, PlayStation is undoubtedly prevailing, at least on the front of the announced titles. Obviously, the new generation of Sony builds on a solid foundation of dominance born in the days of PS4.

Microsoft must recover because undoubtedly back, but the weighty acquisitions can give a real shock to a battle that seemed to be one-sided. How not to mention that of the giant ZeniMax owner of Bethesda that makes much fear that the next Elder of Scrolls could be a Microsoft exclusive. Furthermore, Microsoft has also fleshed out its first-party studios that have started working late but could soon reduce or fill the gap with games already arriving in 2021.

Finally, we top up with the services, here the philosophies of Sony and Microsoft diverge completely. Sony is convinced that a Netflix-style monthly subscription to get the best titles on the platform is not economically viable in the long term.

On streaming gaming, Microsoft seems to have an advantage. Integrating xCloud with the Xbox Game Pass has definitely overshadowed PS Now (Sony’s streaming/download subscription service) which offers a much smaller catalog and less convincing performance. Microsoft’s service opponent at the moment is not Sony’s but rather Google’s Stadia.

For those who want to consult the two catalogs, we leave you the links to the official pages:

The conclusions of the comparison of PS5 and Xbox Series X

Neither console clearly prevails. 2020 and the pandemic have slowed down the production and launch of completely next-gen high-profile titles, which have been postponed to next year.

In 2021 we will really see what the new consoles have to offer and if Microsoft will be able to churn out exclusive exclusives. The advice may be to wait for a little before making the purchase, also given the scarcity of consoles on the market, to have a clearer picture of the situation. Maybe starting to invest in a good quality 4K HDR TV to enjoy the new consoles when you buy them fully.